April is Autism Awareness month. Here is another snippet from my book: Life Amplified – Our Family Touched by Autism.

The following excerpt is from Chapter 2:

Looking back, we see some red flags in addition to his lack of words. As a toddler, Titus would never gesture for things he wanted. He was mostly independent in that regard: if he needed something he would attempt to get it himself or wait until we offered it to him. At the time, we were amazed at how content he was. He could play by himself for long periods of time and watch half-hour videos from his swing. Whenever he got a new truck or any other toy with wheels, he would not play with it in the appropriate way. There were no boy noises and he would immediately turn the toy over and spin the wheels around and around. Instead of playing with little cars, he would line them all up in a long row. If we moved one he would see and take it and put it back in his correct order. At his 2-year check up I again voiced my concerns about his lack of language. The pediatrician again reassured me that though his verbal capacity was “a little behind,” he was still developing fine. He said that I was “an overprotective first-time mom” and that I needed to “relax and not worry.”

Right around the 2 ½ year milestone, Titus had stopped saying “bye-bye.” We thought maybe it was part of his adjustment to having baby Noah around. One morning soon after, I decided to take Titus and Noah to a preschool story time at the local library. Titus was a bit restless as he sat with the other preschoolers while I sat in the back feeding Noah. But when the teacher started leading the kids in a song, Titus started screaming. This wasn’t just fussing: this was high-pitched, uncontrollable, clawing me in an “I want out of here now!” way. I had never seen him act like that. I grabbed him up in one arm and Noah in the other and left the library right away. Titus was still screaming and didn’t calm down until we walked through our front door. I was really concerned. I called the pediatrician later that day and scheduled an appointment. I thought perhaps he had an ear infection and the singing may have caused his ears to hurt. In the back of my mind was the possibility that something more serious was wrong.

*** If you’re interested in the rest of the story, order your copy of the book today, here on my website. *** 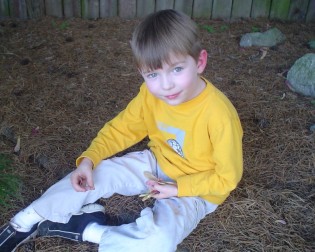 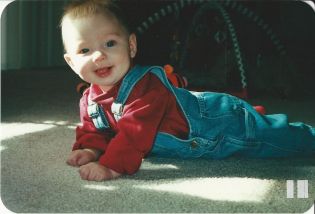 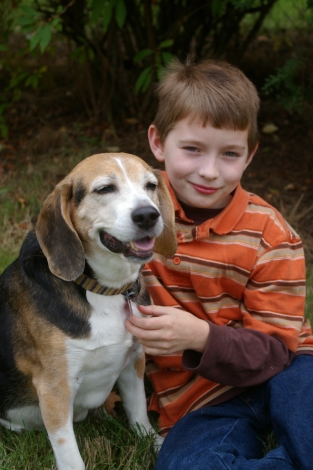